About Kings of Leon

What happens when you pair rockers Kings of Leon and comedic actor Fred Armisen for an American Express UNSTAGED concert experience? Something special, unique, and really, really funny.

To kick things off, a humorous web series featuring Armisen and the band was released in the weeks leading up to the show. Throughout the series, Armisen made it his mission to choose the best band member — he wanted to crown the “King of Kings of Leon.” This episodic content, along with other skits, helped build excitement leading up to the live performance.

On August 9, 2013, Kings of Leon took the stage at Shepherd’s Bush in London to perform for a sold-out crowd. Countless other fans from around the world streamed the show at home. Those who tuned in early were treated to special preshow content in which Armisen kicked off the performance while playing with tiny replica figures of each band member. Fans got to hear old favorites like “Use Somebody” and “The Bucket,” as well as tracks from their 2013 album Mechanical Bull

The collaboration between Kings of Leon and Armisen resulted in an epic experience filled with hilarious surprises and incredible music.

Add the event to

American Express is giving you more of what you love—from today’s biggest artists to tomorrow’s rising stars. Catch the action at AmexMusic.com, and help celebrate the past, present and future of music. #AmexMusic 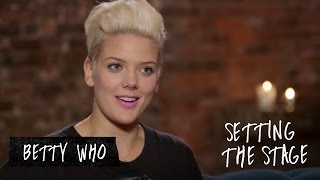 Welcome to the American Express Music site hosted in the US - American Express uses cookies to deliver the best possible web experience. By continuing and using this site, you agree that we may store and access cookies on your device. You may change your preference at any time by going to the "Manage your cookies preferences" section in our cookie policy.

It looks like you're using an older web browser which is no longer supported. For a better American Express Unstaged experience, please upgrade your browser.